San Antonio is a city that is rich in history, cultural diversity, entertainment and visitor attractions. Over 1.4 million people populate it, spread over 467 square miles. So, as you can imagine, with such a diverse population, you’re going to see very different images of life in San Antonio, depending on the source you are reading, watching or listening to.

For instance, here’s a fact I bet you didn’t know…

San Antonio is currently the Pokémon Go capital of America (see the July 25, 2016 article by Redfin- a real estate brokerage).

Unfortunately, it also has six times the number of crimes per square mile (186) as compared to the American average (32.8), according to the Uniform Crime Report released by the FBI. Granted, that statistic does NOT represent the nature of the crimes in San Antonio as compared to other cities, but that is another topic for another article.

Now, if you look at graphic representations of the city’s crime rates, the peripheral neighborhoods of San Antonio generally have lower crime rates than the central ones. Some might tell you that the more north you go within San Antonio Metro, the lower crime rate you will find, but sadly there really is no real magic formula.

So perhaps it’s time to just search for which neighborhoods specifically are ‘safest’? Well, unfortunately you’ll also find a wide variety of  conflicting results –  again, depending on how statistics are interpreted.

Areavibes.com has very interesting graphics to display the reported crimes over the past few months per neighborhood, but it says nothing of the population density within a given neighborhood. 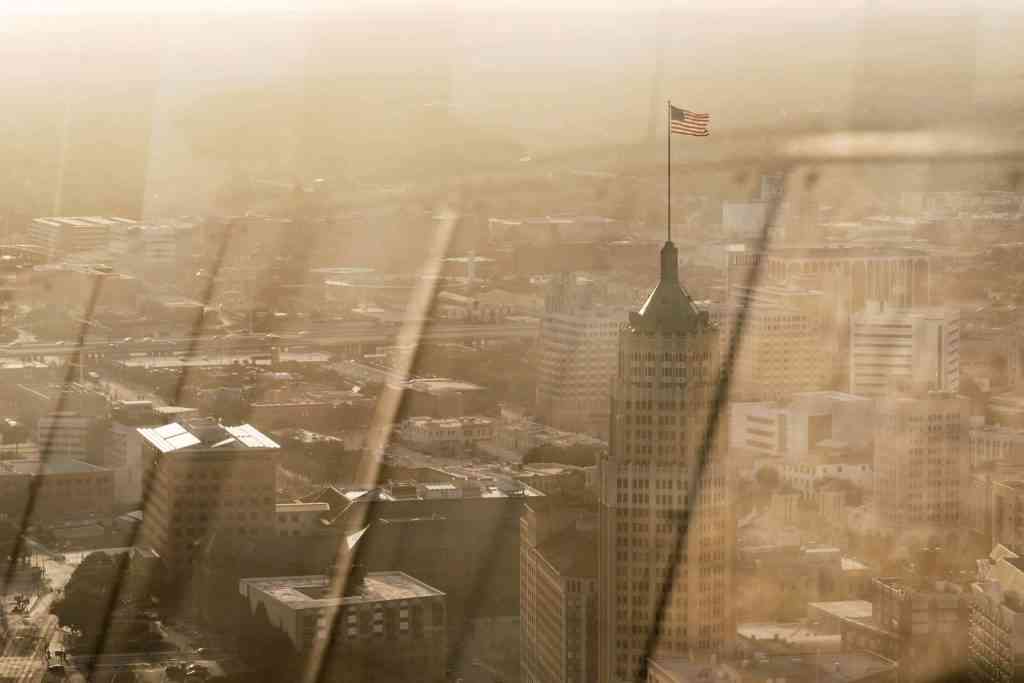 According to Areavibes.com San Antonio’s Top Safest Neighborhoods- as far as safety and lower crime rates go- include:

Another site, local.niche.com, lists the following as San Antonio’s Top Safest Neighborhoods:
– Garden Ridge
– Jourdanton
– Fair Oaks Ranch,
– Hollywood Park
– Terrell Hills
– Bulverde
– Shavano Park
– Olmos Park
– Helotes
– Cibolo.
You may notice that only one neighborhood is agreed upon between those two sites. Regardless, if your neighborhood is on this list then consider it a win!

There are several excellent websites and tools with which you can do research of your own about those neighborhoods in San Antonio to find out which are safest, or check out the recent reported crime in a neighborhood of your choice. Go to any of these helpful websites:

In addition, the San Antonio Police Department Crime Prevention Specialist will be a helpful resource in helping you to protect yourself, your loved ones and your home within your neighborhood. This person will have an expertise as well as neighborhood-specific information about the nature of crime in a given community of San Antonio.

It is not a coincidence that San Antonio falls below the Texas average for the number of law enforcement officers and employees within its boundaries. So it makes sense that San Antonio has the high crime rates that it does, right? You’d think so, yes.

So, even with less law enforcement officers available, the citizens of San Antonio are making changes to reduce crime in their own city. Specifically, burglary prevention has some relatively easy solutions.

Be Smarter than the Burglars

Burglars are opportunists; home owners and renters simply have to remove opportunity from would-be burglars and the burglary rate will continue to decline. Sounds simple right?

When ex-burglars are interviewed about key deterrents, they will commonly respond that an effective home alarm system is paramount.

A home that lacks a security alarm system is about 300% more likely to experience unlawful entry.

Over half of break-ins occur during the day, while people are at work, so having the peace of mind that a home alarm affords is a simple and effective step in protecting what you love.

Within the San Antonio area, there are many excellent alarm companies; many are known nationally and others are well-established, reputable local companies. A quick survey of customer reviews and Google rankings places these companies top on the list for consideration, though it is by no means exhaustive (there are hundreds to choose from!)

Whether you seek a hard-wired or a wireless system, be sure that you choose a company that can produce proof of either safety compliance and testing, or engineering technology certification (such as CSAA Five Diamond Certification Program or NICET training).  Expertise in set-up and installation can be the difference between a burglar entering your home or not.

85% of burglars are non-professional; they are more desperate and dangerous than the seasoned career burglars.

The decoy stickers and signage that homeowners sometimes place outside their home for the mere appearance of a home security alarm system, by the way, do not fool the latter. An experienced burglar can quickly spot the wiring, magnets, etc. that comprise an effective home alarm. Do your part to be sure that your home alarm is installed properly.

You are Worth it

Year to year, crime statistics can dramatically change within a given neighborhood. Sometimes it’s enough to cause it to yo-yo up and down the rankings, even as much as from ‘best’ to ‘worst’ neighborhood, or vice versa when the citizens of a neighborhood work at it.

Please remember that NO neighborhood is stuck in its rating, or in its ranking. SA2020 is onto something, when it recognizes that “trusted and responsive [alarm] systems [and] involved and aware residents” will be the strategies that change the crime rate of the communities that make up a city like San Antonio.

As a homeowner or renter you can join in the efforts of reducing property crime of burglary by making sure that your home is professionally and properly protected. You owe it to yourself, for the hard work you have put into home ownership. Even more, you owe it to the ones you love — to protect what you love.

Other Uses for Home Security Systems

Home security systems come with a variety of other uses besides just crime prevention. Just the other day me and my family were sitting down for a late dinner and my father mentioned that he had gotten an expensive tool shipped to the house and it was supposed to be delivered soon. I remembered a UPS driver coming to our house earlier that day – but strangely hadn’t noticed any packages being delivered. At that point my mom spoke up and said she had noticed an empty package blowing across the front yard – but had figured it had just blown in from the neighbors trash bin. My dad asked if she still had the empty package and she said it was in our trash bin now. After a quick search we found it – and to our dismay it had our address, my fathers name, and the exact weight of the tool he had ordered on it. We had no idea what had happened. We live in a fairly remote and peaceful area – where petty theft is practically unheard of. And to make matters stranger the package had been ripped open from the side… not at all like it was cut open by some spiteful package thief. We had no idea how we were supposed to figure out what had happened, convince the seller to give us a refund, or track down my fathers expensive item. Without a doorbell or security camera we were all resigned to just having to accept what had happen as a loss, and wonder at the mystery of what had taken place on our front porch that afternoon.

There are many other uses for home security systems besides tracking down expensive tools that had seemingly been abducted straight out of their packaging. A very popular security doorbell known as Nest allows owners to answer the door while they are not even home. Imagine the security, safety, and ease of being able to accept deliveries, let friends in, and check the door while not even home. A good security system has even more uses for someone with young children at home. Imagine being able to check the door for you kids even while you are out running errands or at work. Stranger danger is a thing of the past with a good home security system.

If you live in the San Antonio area and are considering buying a home security system – NOW is the time to invest. Prices are low and the market is fresh. A good home security system is essential to living a anxiety free life with peace of mind. Home Security in San Antonio is something that everyone should be investing in for the sake of them – and the others around them.

Get A Free Quote
From Vivint